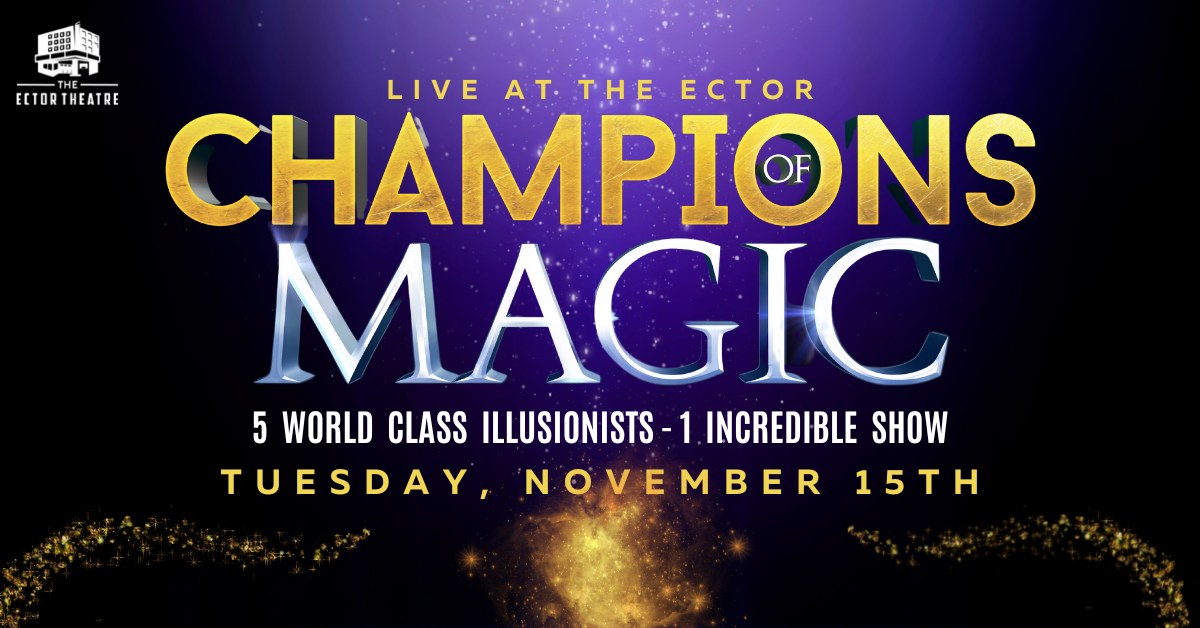 A Magic Show Worthy of Our Video Game and Instagram Times” – Paper City Magazine Houston “You HAVE to check them out! That was tremendous!” – Access Hollywood Live
“Five of the world’s top illusionists” – Broadway World Break away from the screen and experience live entertainment like never before with Champions Of Magic – an evening of impossible illusions and spectacular special effects. Described by the press as ‘The Avengers of magic’ catch the only team of magicians in the world as they present their original, phenomenal ensemble illusions. They’ve sold out shows across the globe, been featured on every major US TV network and racked up over 50 million views online… but you haven’t seen magic until you’ve seen it live!