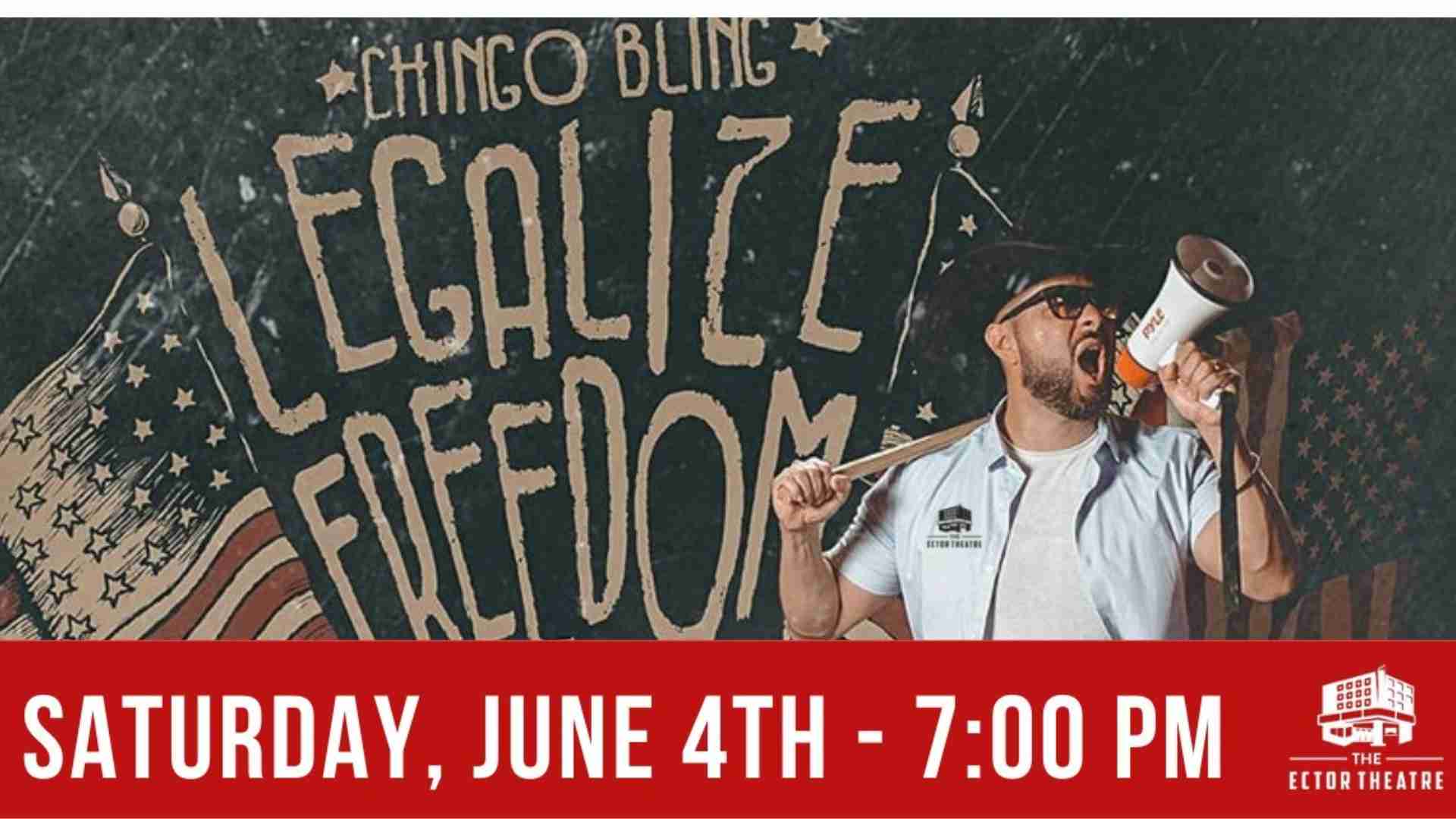 Chingo Bling
Live At The Ector Theatre
“The Legalize Freedom Tour”
Saturday June 4th, 2021
Doors Open At 6PM
Show Starts At 7PM
Chingo Blingo is known for his insightful, unapologetic stand-up comedy and multiple viral videos.
He is a fearless, cross platform performer who has appeared in everything from feature films, Netflix and MTV shows, to comedic web series, musical parodies and sold out live stand-up comedy shows all over the USA.
You can currently watch Chingo Bling on HBO MAX and his podcast, Red Pill Tamales, can be heard on all streaming platforms.