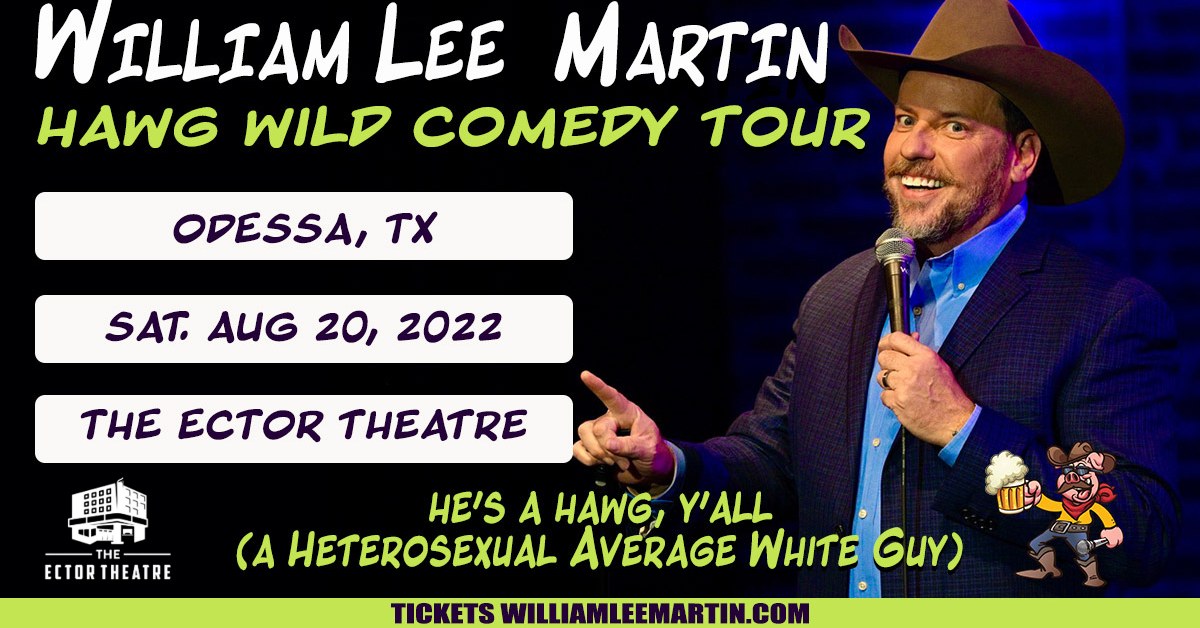 William Lee Martin is a prolific stand-up comedian, writer, actor, songwriter and producer. His stand-up work sees him playing to sell out audiences at clubs and theaters around the country. He has produced 5 comedy one-hour specials including “Let the Laughter Roll” which aired on CMT, and his current hits, “Standing in the Middle” and “The Nutcracker: a Christmas Special based on his Vasectomy” which both can be streamed on Amazon Prime and Apple TV. He’s best known for signature bits “Grandma’s Pushy” and “Running with Diablo”. Martin’s comedy is authentic and although Martin works clean, he admits he’s no choir boy. His comic timing is impeccable and he is by far one of the best storytellers working today.