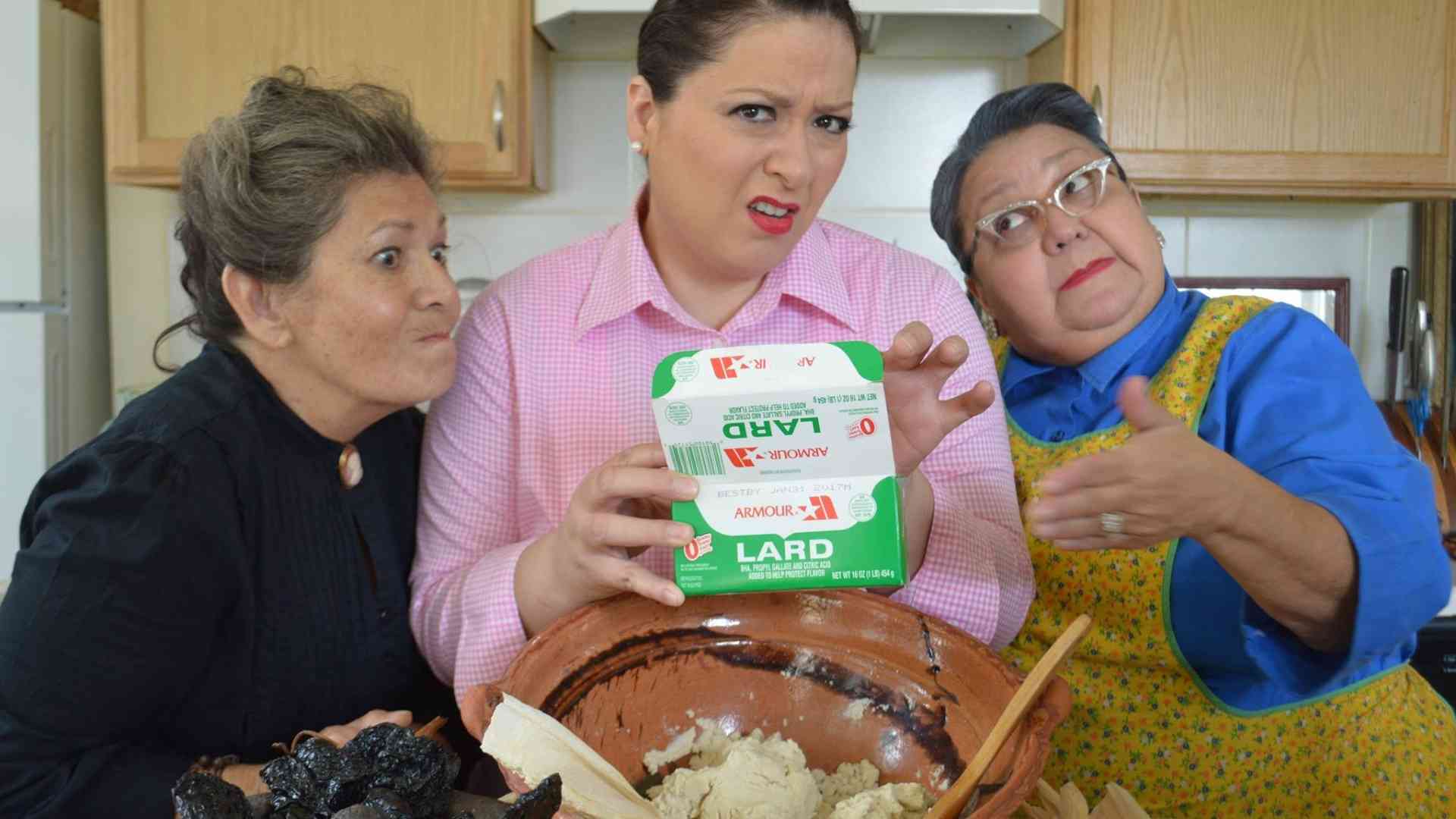 Las Nuevas Tamaleras had it’s world premier at El Teatro Bilingue de Houston for it’s First Annual Latino Playwright’s Festival, Houston Texas, September 1990. It soon had it’s San Antonio premier at the Guadalupe Cultural Arts Center in March 1993. Since then the play has been produced by Theatre Three in Dallas, TX., Teatro Vision in San Jose, CA, La Compania de Teatro in Albuquerque, NM, Centro Su Teatro in Denver, CO. Laredo Little theater in Laredo,TX and back to Teatro Bilingue de Houston. Besides the annual holiday San Antonio production, Burras Finas Productions has toured the play throughout the country. The play in one-act, one hour in length and there is no intermission.

For more than a quarter of a century, San Antonio audiences have enjoyed seeing themselves reflected on stage by the characters of Silvia, Josie and Patsy in their uproariously comical attempt at their first tamalada while the spirits of Doña Mercedes and Doña Juanita add to excitement and drama as they join the new tamaleras in an amusing power struggle about whose recipe makes the perfect tamal. Centered around friendship, family and comradery, the play makes you laugh, makes you cry and makes you proud!

GET YOUR TICKETS TO THE PLAY

The sense of loss I felt after my mother’s death served as an inspiration for writing Las Nuevas Tamaleras. It may seem odd that such an experience should inspire me to write a comedy, but it makes perfect sense to me. In my family, humor and laughter were ever present. My mother was known to condone a joke, if it was good, even at inappropriate moments, such as, say, funerals. Humor was a most important part of her life. Laughter, I believe, is a very important element of the Latino experience.
With her passing, I felt an urgency to hold on to my quickly fading cultural traditions. How better to do that than to write a play, a comedy, about tamales. Tamales were as important to my mother as humor. In writing Las Nuevas Tamaleras it was important to me to recreate the characters that linked me to my past. It pained me to see my traditions being buried with my parents and grandparents. It become vitally important for me to capture their language, their idioms, their values.
It gave great pleasure to write Las Nuevas Tamaleras, I hope it gives you the same pleasure as you watch it.