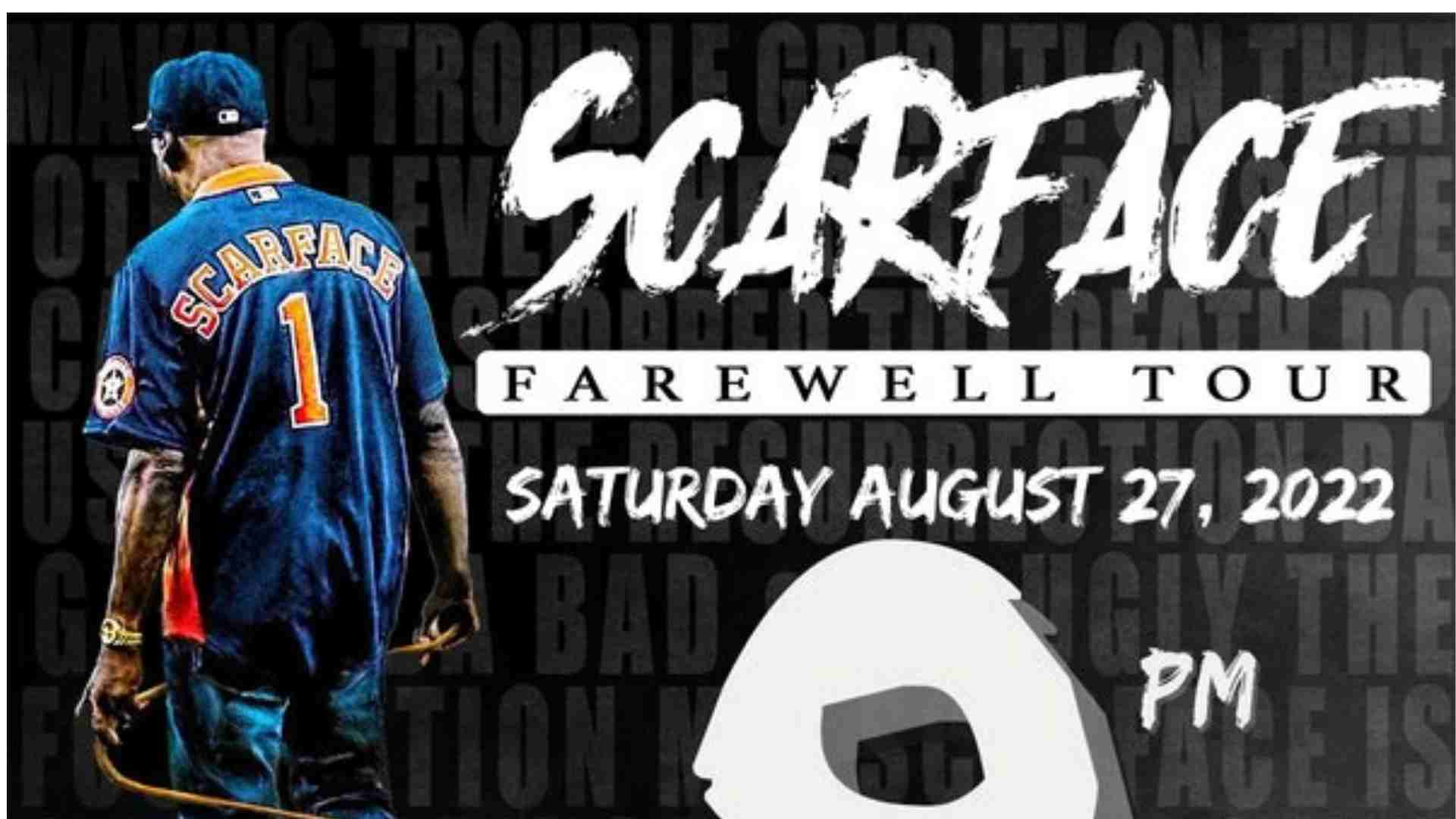 LAST STOP ON HIS TOUR!

After almost 40 years in the game, Scarface is ready to bow out. On Tuesdav (May 17), the Houston rap legend announced the aptly-titled Farewell Tour, a 32-city swan song that will bring the gospel of Brad Jordan to the American people for the very last time this summer. The nationwide trek kicks off in Oakland. California on July 8 and wraps up in Odessa, Texas on August 27, with stops in cities including Los Angeles, Seattle, Washington, D.C., New York and Dallas along the way.
*Face’s set at LL COOL J’s Rock The Bells Festival on August 6 falls on the 20th anniversary of his acclaimed 2002 album The Fix. Fans who sign up to his special VIP meet and greet will get to hang out and take photos with ‘Face before the show, along with receiving a limited edition “Face Mob commemorative baseball jersey.